Welcome to the Land of Kings. Royal Rajasthan is India’s true must-see destination, an enchanting region of epic scenery and astonishing history. Principal cities Jaipur and Jodhpur have an abundance of historical attractions, whilst Udaipur in the south and Jaisalmer in the far west are both in contention for most alluring city in the country. Away from the cities there is adventure in spades: exploring tiny rural hamlets on foot or by bike, camping overnight in the sand dunes of the Thar Desert, or trailing tigers, leopards, or migratory birds in a string of national parks and reserves. Accommodation is also a true highlight: Rajasthan is littered with former palaces and stately homes converted into unforgettable heritage properties, mixing unparalleled service and comfort with history, atmosphere, and no little glamour. 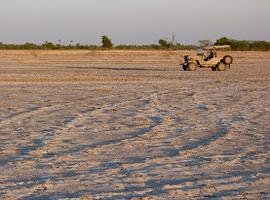 Chanoud
Chanoud is a tiny village located off the Pali road, just over an hour south of Jodhpur. A collection of dusty agricultural hamlets dotted around a placid lake, the village is home to the alluring Chaoundgarh homestay 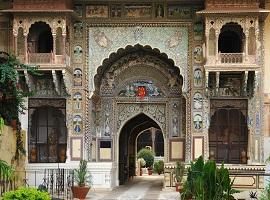 Karauli
Karauli is a veritable a treasure trove of architecture, stone carvings, gorgeous Jali work and paintings. It has the advantage of being located in a lesser visited part of Rajasthan and is home to a truly mesmerising ‘live temple’. 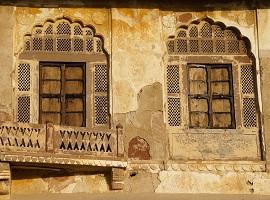 Nagaur
Nagaur is a Rajasthani crossroads of sorts with one major point of interest: the gorgeous 4th century Ahichhatragarh Fort. As equally well-preserved and well-managed as its sister fort in Jodhpur. 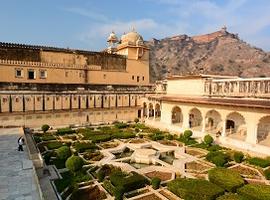 Jaipur
Royal Jaipur is Rajasthan's largest city, and gateway to the Land of Kings. Having now sprawled far beyond the sandstone walls of the old Pink City, its bustling centre is littered with historical treasures. 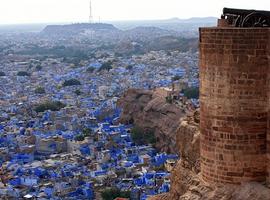 Jodhpur
Founded in 1459 by Mewari ruler Rao Jodha, Jodhpur is located at the southern edge of the Thar Desert and has been a bubbling trading outpost for centuries. 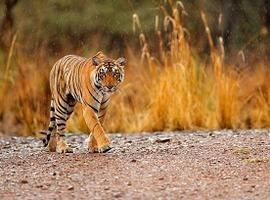 Ranthambore
Ranthambore National Park is Rajasthan’s premier wildlife attraction. There is a vast array of wildlife to be seen, the main draw being the Park's healthy tiger population. 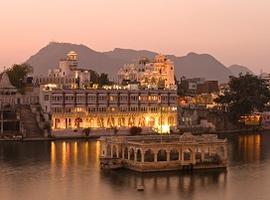 Udaipur
Shimmering Udaipur is Rajasthan’s most romantic city. Its cool lake breezes and friendly, small-city atmosphere provide a welcome respite after prolonged time amongst the desert and dunes! 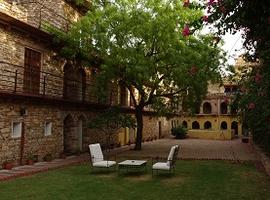 Ramathra
The tiny hamlet of Ramathra, located around 2-3 hours’ drive from Jaipur, Agra, Ranthambore, or Gangapur, is home to the idyllic Ramathra Fort. 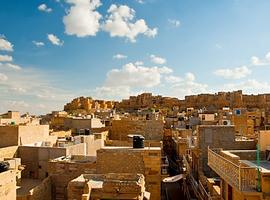 Jaisalmer
Jaisalmer is something of a mirage, rising out of the desert some 600km west of Jaipur, and dominated by a beautiful honeycomb fort which remains inhabited to this day. 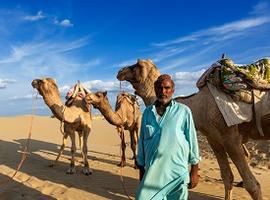 Thar Desert
The Thar Desert lies between the cities of Jaisalmer and Jodhpur, an area of sweeping sands which is home to a number of small and very comfortable desert camps. 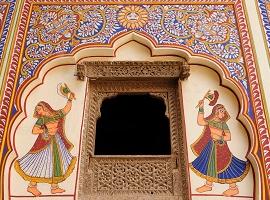 Shekhawati
Shekhawati is an area of semi-arid desert which encompassesvarious districts in northern Rajasthan. Known as the 'open air art gallery', it is home to a collection of richly-embellished and colourful havelis. 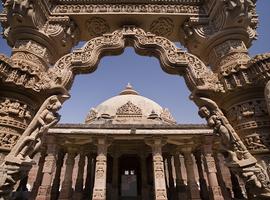 Osian
Located around 70km north of Jodhpur, Osian is an ancient settlement and former trading post, and was once a prominent stop on the Silk Route. 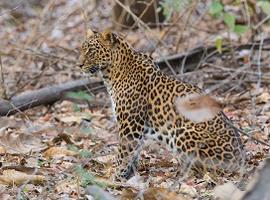 Jawai
The Jawai conservation district is an area of supreme natural beauty. It is also India's premier destination for spotting Leopard, and is best enjoyed from the luxury of an upmarket tented camp. 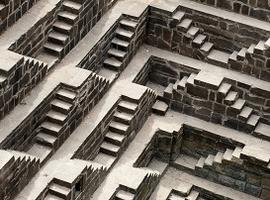 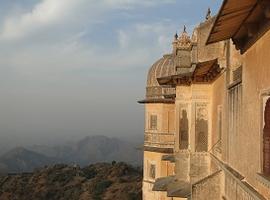 Kumbhalgarh
The breath-taking Kumbhalgarh Fortress, positioned on the western edge of the Aravalli Hills, is a remote hilltop citadel which dominates the surrounding landscape. 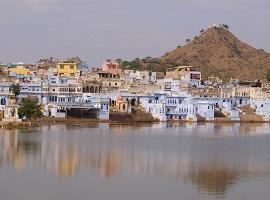 Pushkar
Pushkar is a tiny desert town which plays host to many and varied visitors: Hindu pilgrims, backpackers, and camel traders! 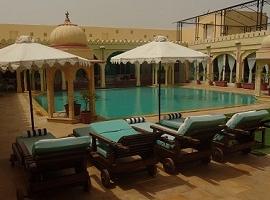 Rohet
Rohet is located just under an hour south of Jodhpur. The tiny village is surrounded by picturesque countryside, and is thus used as a base to explore quieter, more traditional ways of life. 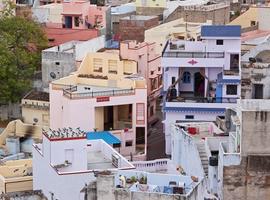 Deogarh
Deogarh is a picturesque town located on a rocky plateau in southern Rajasthan. This small enclave is a fine spot to break a journey between large cities and enjoy a laidback, rural pace of life. 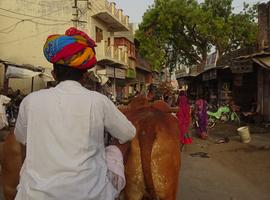 Shahpura
Shahpura is a small town in southern Rajasthan, located roughly halfway between Jaipur and Udaipur, and home to the rustic and regal Shahpura Bagh. 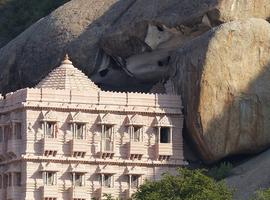 Narlai
Narlai is a picturesque village in the Pali district of Rajasthan. The town is dominated by a striking rocky outcrop, crowned by a white stone elephant.