See all of Japan's main highlights and delve into its fascinating culture on this carefully planned tour for first time visitors, staying in a mix of hotels and traditional Japanese Inns. Start with a few days to experience the futuristic city of Tokyo before travelling to the Hakone National Park to explore myriad attractions including the iconic sight of Mount Fuji. Jump on a bullet train to the historic city of Kyoto, the capital of ancient Japan, to see many of the country's most treasured heritage sites. Continue west to explore the city of Hiroshima, and then stay in a Japanese Inn on the nearby island of Miyajima, located in the scenic "Inland Sea" between Honshu and Shikoku. Finish with a night in Osaka, a city which has gained a reputation as Japan's culinary hot-spot.

From £2,995 per person based on a double room for departures in October.

Meet & Greet: Upon arrival in Tokyo you will be met by an assistant and welcomed to Japan. Your assistant will escort you to the shared shuttle bus into Tokyo. This journey is shared with other people and will take approximately 2 hours, depending on other stops (there will be a maximum of 3). Look out for some great views as you ride the elevated highways into town, before being dropped at your hotel door. 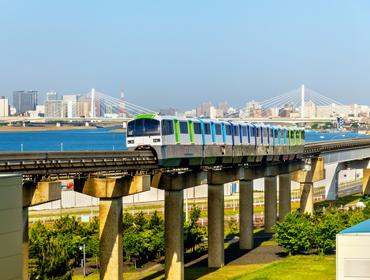 Full day private tour of Tokyo: Today you will take a full day private tour of the city with a private English-speaking guide, travelling by public transport. Places of interest that can be visited include Tokyo's National Museum which houses displays of historic costumes including samurai armour and swords and fine kimonos, antique folding screens, tea ceremony utensils and Japanese paintings. The Sumida River cruise travels through the busy heart of the city and to the edge of Tokyo Bay where you will be able to see the reclaimed land islands and the large Rainbow Bridge that dominates the bay. Hamarikyu Garden is a tranquil oasis on the edge of the bay and flanked by the modern skyscrapers of the Shiodome district. The gardens reflect Japan's changing seasons. Enjoy Japanese tea with Japanese sweets in the wooden pavilion by the edge of the park's lake.

Tokyo Sky Tree Tickets: Today we will be providing you with tickets for Tokyo's newest iconic landmark: Tokyo Skytree. The 634m high tower is the hottest destination in town and the observation decks located at 350m and 450m offer unparalleled views over Tokyo. 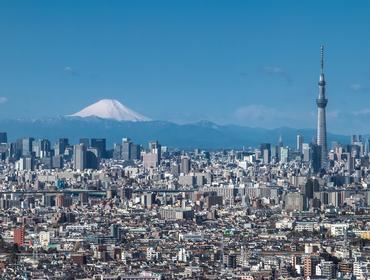 Day 4: A day to explore Tokyo independently or do a self-guided day trip

Self guided touring: Today is at leisure to explore more of Tokyo, or the nearby towns of Nikko & Kamakura. Nikko is famous for its ornate religious architecture, some of the most important in all of Japan, in a beautiful woodland setting. Kamakura is a sleepy coastal town that served briefly as capital of Japan in the 1100s, leaving a rich cultural legacy. 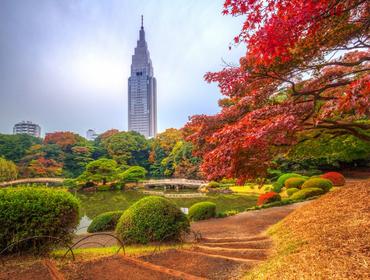 Train journey from Tokyo to Hakone: Travel by train from Ueno station to Odawara, changing trains at Tokyo Central, a journey of approximately 1 hour.

Bus journey from Odawara to Hakone: Upon arrival at Odawara take the bus to Hakone using your Hakone Free Pass.

Hakone Free Pass: You will be provided with a 3-Day Hakone Free Pass which entitles you to unlimited use of the mountain buses, railways, cable car, lake cruises and discounted entrance to a number of museums. 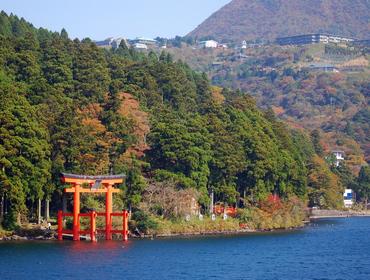 Day 6: A day spent in the breathtaking Hakone National Park

Exploring Hakone: You have two full days to explore the Hakone National Park using your Hakone Free Pass. Places of interest that can be visited include Owakudani, a steaming valley of hot mud springs. A cable car takes passengers over the valley to a viewpoint from where it is possible to explore the area on foot. On clear days there are good views from here of the surrounding mountain ranges and of Mount Fuji. Another popular excursion is taking a cruise on Lake Ashi, a lake created from a volcanic crater, which is surrounded by wooded slopes that are dotted with small shrines. The outdoor sculpture park and Picasso gallery is a great place to wander around for an afternoon. For relaxation there is the option of soaking in one of the many therapeutic hot spring baths that Hakone is so famous for. 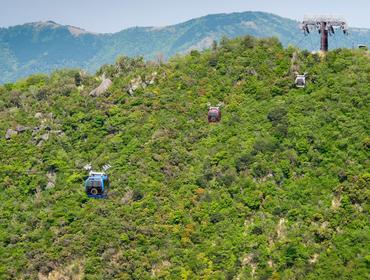 Bus journey from Hakone to Odawara: This morning take the bus to Odawara Station using your Hakone Free Pass. 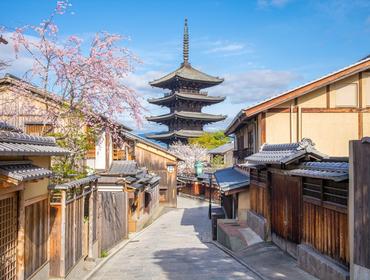 Full day private tour of Kyoto: Today you will take a full day private tour of the city with a private English speaking guide, travelling by public transport. Places of interest that can be visited include Kiyomizu Temple, perched on a hillside with good views towards central Kyoto. Dating from 1633, the main hall sits on hundreds of interconnecting wooden pillars above a sacred spring that is believed to have therapeutic qualities. Kinkakuji Temple, also known as the Golden Pavilion, is one of Japan's most famous sights. This glittering temple is covered entirely in gold leaf and set on a small lake amongst well-tended gardens. Ryoanji Temple belongs to the Rinzai school of Zen Buddhism and was founded in 1450. The adjoining garden is an austere collection of 15 rocks adrift in a sea of sand. Nijo Castle was built in 1603 to demonstrate the power of the first Tokugawa Shogun Ieyusa. The design of this castle, built by the first Shogun of a united Japan, reflects an ambition to impress rather than anticipation of combat. 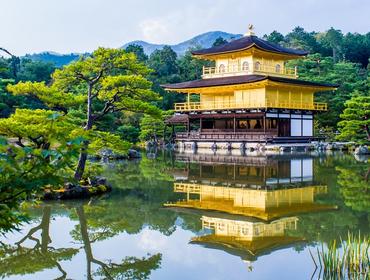 Day 9: A day to explore Kyoto independently or do a self-guided day trip

Day at leisure: Today is free to explore more of Kyoto, or alternatively take a day trip to the UNESCO World Heritage site of Nara located just 40 minutes from the city. 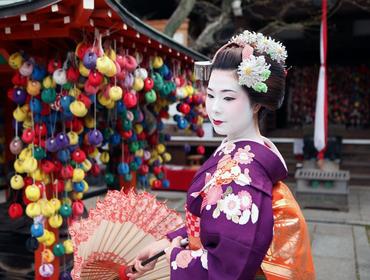 Day 10: Train journey to Hiroshima for sightseeing before continuing to Miyajima Island

Train journey from Kyoto to Hiroshima: From Kyoto you will follow the eastern seaboard west to Hiroshima by Shinkansen using your Japan Rail Pass. This journey of nearly 400km takes around 2 hours, during which time the train passes through several major cities along the coast, including Kobe, famous for its top-grade beef.

Self-guided sightseeing in Hiroshima: Hiroshima is most famous for the events of 6th August 1945 when the city became the world's first to be visited by the horrors of nuclear holocaust. The events of that day are etched forever in the minds of Hiroshima's population and the city is full of reminders, none more poignant than the A-bomb dome with its skeletal shell which has been preserved as a symbol of the devastation of nuclear war. The Peace Museum and the open expanses of the peace park with the eternal flame which will burn until the last nuclear weapon is destroyed, are essential stops on any visit to Hiroshima and you should allow a full half day for these. However, despite this tragic past, Hiroshima is now a bustling and vibrant city which has truly risen from the ashes. Other attractions in Hiroshima include the Museum of Art, Castle, and Baseball Stadium home of the ever popular (and unsuccessful) Hiroshima Carp, Japan's only non-corporately owned major league team. The Shukkei-en garden is well worth an afternoon stroll with a number of teahouses scattered throughout the grounds. The Hiroshima City Museum of Contemporary Art has many pieces inspired by the 1945 bombing. There are also some great views of the city from here. The local food in Hiroshima is Okonomiyaki which is a kind of Japanese savoury pancake. You decide on the ingredients that you want and then cook the pancake yourself at your table. The local oysters are also especially good.

Train & Ferry to Miyajima Island: From Hiroshima you will need to get to Miyajima-Guchi Port from where the ferry leaves for Miyajima Island. You can use your Japan Rail Pass to take the local JR Sanyo Line train from Hiroshima Station to Miyajima-Guchi Station. The journey takes 25 minutes and from here it is a 5 minute stroll to the port. You will need to take the JR Ferry across to Miyajima. The crossing takes just 10 minutes or so and you will get a fabulous view of Itsukushima Shrine with its famous 'floating' torii gate as the boat glides up to Miyajima pier. Alternatively, you might like to take the tram. This takes quite a lot longer (50 minutes to Miyajima-Guchi Port from the Peace Park) but takes you through the streets of Hiroshima and then out to the suburbs providing a rather interesting glancing look at the city. The fare is just 270 yen and the last tram stop is a two minute walk from the port. 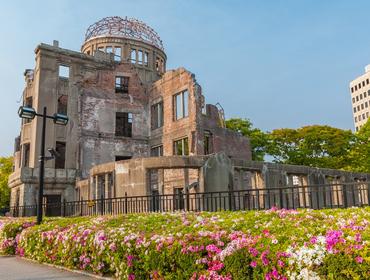 Self-guided sightseeing on Miyajima Island: Today you will have a free day to explore Miyajima Island. You may like to hire bikes to get around. These are available to rent from 8am to 5pm at the JR ferry pier (last checkout is 3pm) costing 1,050 yen for the entire day. The island has excellent cycle paths and the coastal routes are fairly flat. On the northeast coast lies Tsutsumigaura, a 1km long white-sand beach lined with pine trees. The beach is packed with sunbathers, swimmers and windsurfers in July and August, but in the off-season Tsutsumigaura makes a lovely serene place to relax. 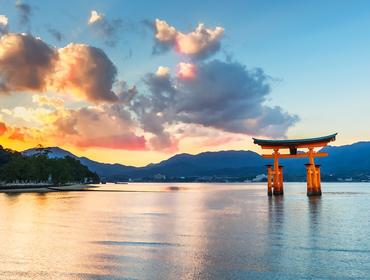 Day 12: Travel to Osaka by ferry and bullet train

Train journey from Hiroshima to Osaka: Travel by local train from the Miyajima-Guchi port to Hiroshima station and then bullet train on to Osaka, changing trains in Hiroshima, a journey of approximately 2 hours 20 minutes. 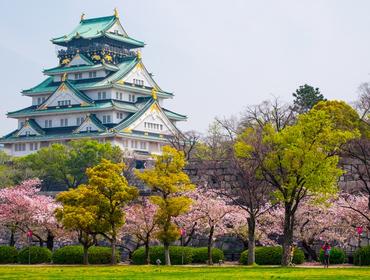 Train to Osaka Kansai Airport: From Osaka's Nanba Nankai Station you will take the bullet shaped Nankai Rapit train direct to Kansai Airport. This fast and comfortable service gets you to the airport in around 35 minutes. 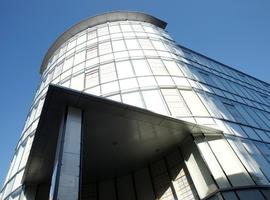 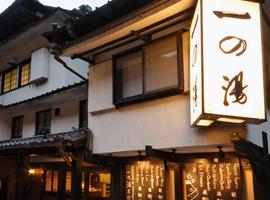 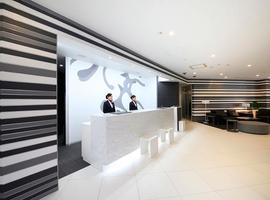 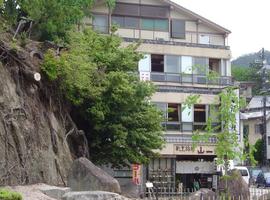 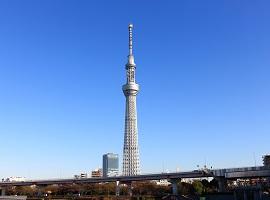 The Tokyo Skytree
Once in a Lifetime , Family Friendly 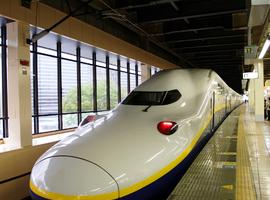 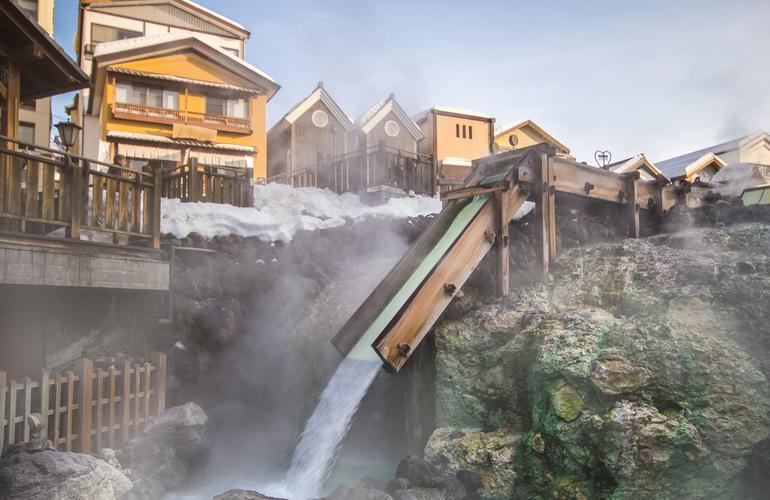 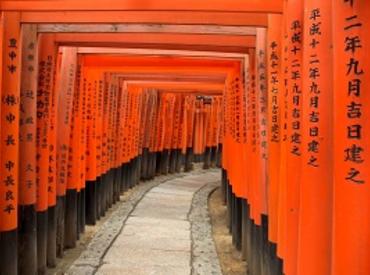 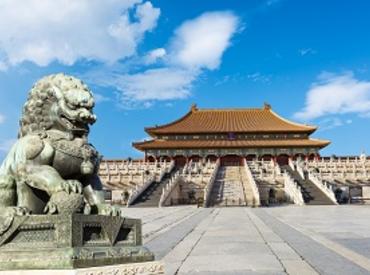 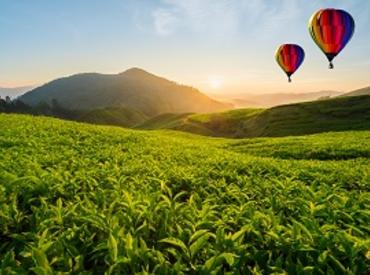 Marvellous Malaysia
Classic
Malaysia
This tour is a journey through the heart of culturally rich and diverse Malaysia.
16 days from £2,995 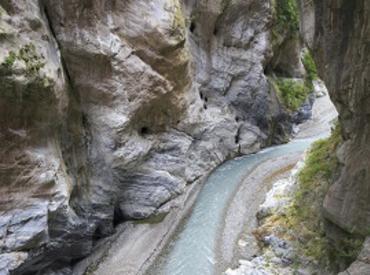 Treasures of Taiwan
Classic
Taiwan
A classic loop around this fascinating island.
14 days from £3,395
View all Japan toursView all Multi-country tours
Back to Top