This relaxing 12 day itinerary is perfect if you are looking to visit Sri Lanka during the months of May to September when the west and south coasts experience more rain, but when the weather is sunny on the east coast of the Island. It combines the important Buddhist sites in the Cultural Triangle region with five nights relaxing on the east coast, in a luxurious beach resort in Kuchchaveli, near the city of Trincomalee. Also included is a private safari in the Minneriya National Park, an excellent place to see wild elephants and the holiday finishes with a night in a lovely boutique hotel before flying home. This suggested accommodation in this tour is in stylish boutique hotels and the itinerary is perfect for families, groups of friends or couples looking for a relaxing summer holiday, with a bit of culture.

From £2,695 per person based on a double room for departures in May.

Day 1: Fly from London Heathrow to Colombo, via Dubai

Meet & Greet: On arrival in Colombo you will be welcomed to Sri Lanka by your private driver and transferred to Dambulla in the Cultural Triangle. This is a journey of approximately 4 hours. On arrival, check into your hotel and spend the rest of the day at leisure relaxing after your journey. 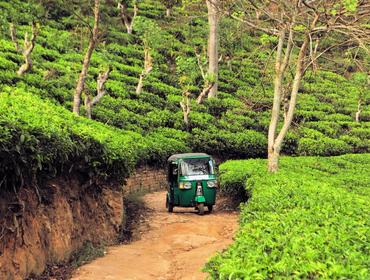 Morning at leisure: This morning is at leisure to relax at your hotel after and recover from your long journey.

Afternoon tour of Dambulla Cave Temple: This afternoon, you will be taken on a tour to the famous Golden Rock Cave Temple complex. The caves are located at the top of a hill and the only access is on a pathway and stairs carved into the hillside. The path is steep in sections and the walk from the bottom to the summit is quite tough, however, it is possible to drive up to a point about half way up for those who don't fancy walking all the way from the bottom. The walk from halfway up will still require a good level of fitness, but at the top you will be rewarded with 5 magical and dimly lit caves crammed with Buddhist statues and murals. Dating back over 2,000 years the caves are of huge significance to Sri Lanka's Buddhists. After exploring the caves and taking in the impressive views from the top (on a clear day you will get a very good view of Sigiriya Rock), descend the hill, back to the comfort of your air-conditioned car. Please be aware that those visiting the cave temples at the summit will be required to remove your shoes before entering the site. 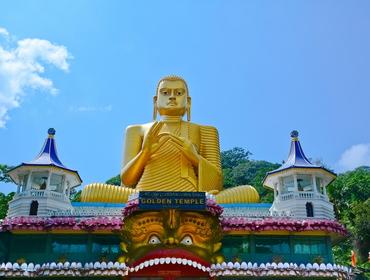 Full day tour of Anuradhapura, Mihintale & the Aukana Buddha: After an early breakfast, you will be driven north for around an hour and half to visit the ancient remains of Mihintale, a sacred place which is regarded as the cradle of Buddhism in Sri Lanka. The rock is dotted with shrines and rock dwellings. A grand stairway of 1840 steps made of granite slabs, 5 meters wide leads to the summit with its splendid views of the surrounding countryside.

After exploring Mihintale, continue to the ancient city of Anuradhapura itself. Founded in the 4th century B.C., Anuradhapura has been a UNESCO World Heritage site since 1982. It has the largest number of ancient monuments of the great Sinhala civilization which has flourished in Sri Lanka. You will see some of the most famous as well as the tallest Dagobas of Sri Lanka, Ruwanweliseya Dagoba, built in the 2nd century BC and famous for its elephant walls and the Thuparama Dagoba, built in the 3rd century. The ‘Sri Maha Bodhi' or the sacred Bo tree at the heart of Anuradhapura is over 2,200 years old and reputed to have grown from a branch of the very tree under which "The Buddha" attained enlightenment - making it the oldest historically documented tree in the world.

On the way back to your hotel in Dambulla, stop off en-route to visit the Aukana Buddha statue near Kekirawa, carved out of a large piece of granite during the 5th centry, this is one of the most recognisable and significant Buddhist statues in Sri Lanka. Return to your hotel in the late afternoon for an evening relaxing. 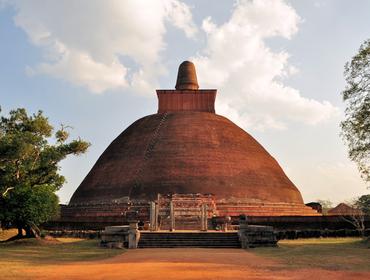 Morning climb of Sigiriya Rock: Early this morning you will be driven to the bottom of the Sigiriya rock, one of Sri Lanka's most famous and striking attractions. The rock is best climbed early in the morning and depending on your time of departure, you may wish to arrange for a packed breakfast to be taken with you, this can be arranged at your hotel the night before. On arrival at the rock you will commence the climb with an expert local guide who will explain the ancient history of this unique rock fortress. Walk through the extensive gardens, ringed by an intimidating moat, and up the steep steps, passing through the famous Lion's Paw to the summit where you will enjoy the jaw-dropping views out over the Sri Lankan countryside. After some time to rest, descend the rock and meet up with your driver who will take you for lunch at a local restaurant (payable locally). Visitors should be aware that sections of the climb are steep and the upmost care should be taken when ascending and descending the rock. The last section up to the summit is on a narrow metal staircase and to reach the summit requires a good level of fitness. Many people decide to stop by the Lion's Paw, about two-thirds of the way up and enjoy the view from there.

Afternoon Safari in Minneriya National Park or Hurulu Eco-Park: This afternoon, you will set off on a private jeep safari. Depending on the season and conditions on the ground, the safari will either be in the Minneriya National Park or the Hurulu Eco-Park, both famed for their elephant populations. This area is known locally as the ‘elephant corridor' due to the large number of elephants that pass through at certain times of year when the water dries up in different parts of the country. As well as elephants you are also likely to see deer, monkeys and many rare species of bird. 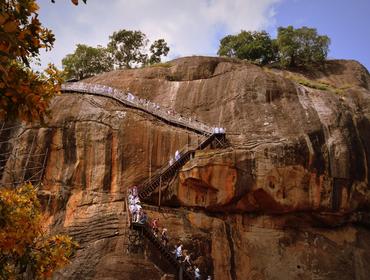 Day 6: Explore Polonnaruwa, continue to a beach near Trincomalee

Morning tour of Polonnaruwa: This morning, you will be taken on a tour of the ruined ancient city of Polonnaruwa. A well-planned city defended by enclosing walls (around 5 km of which still remain), graced by palaces, shrines, monasteries, pavilions, parks, ponds and irrigation lakes. Polonnaruwa is strewn with ruins in a resplendent state of preservation and is a delightful place to explore.

Road journey from Dambulla to Trincomalee: After your tour of Polonnaruwa, drive north east for around 3 hours to Trincomalee, where you will take a brief tour of the town, seeing the famous natural harbour, the fish market and the interesting old fort and colourful Hindu temples inside it. After your tour, continue to your resort a short drive north of the city. 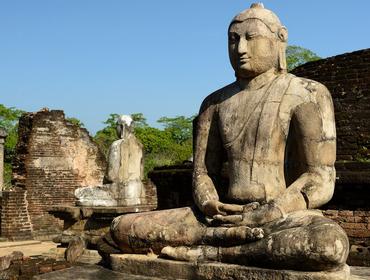 Days at leisure: These days are at leisure to explore independently or relax on the beach. A range of water sports and excursions can be arranged through your resort. 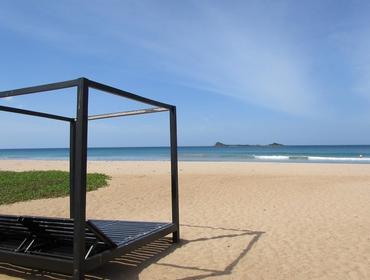 Day 11: Fly to Colombo & relax in style in Kotugoda

Private transfer: At the appropriate time today, you will be collected from the Jungle Beach Resort and transferred to Trincomalee Airport for your flight to Colombo.

Private transfer: On arrival in Colombo, you will be met by your private driver and transferred to your boutique hotel in nearby Kotugoda to check-in and relax for the rest of the day. This is a journey of approximately 20 minutes.

The Wallawwa is a lovely boutique hotel but it is inland. If you would rather head to a larger hotel on the beach in Negombo for your final night, then please mention this to your consultant, it is easily changed. 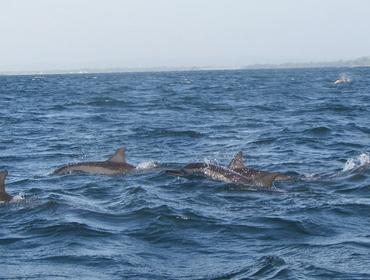 Day 12: Fly from Colombo to London Heathrow, via Dubai

Private transfer: After breakfast, you will be met by your driver and transferred to the airport for your flight home. 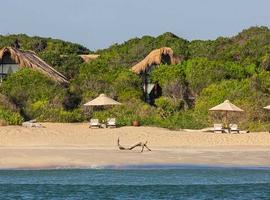 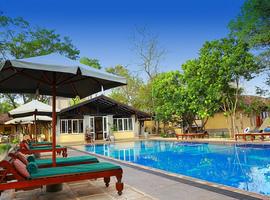 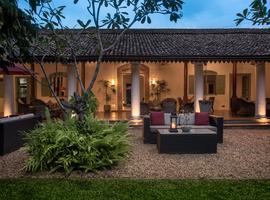 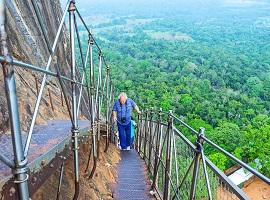 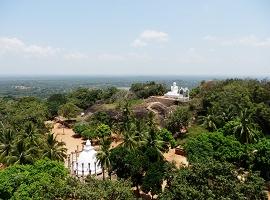 Explore the ruins at Anuradhapura and Mihintale
Temples, Forts & Palaces 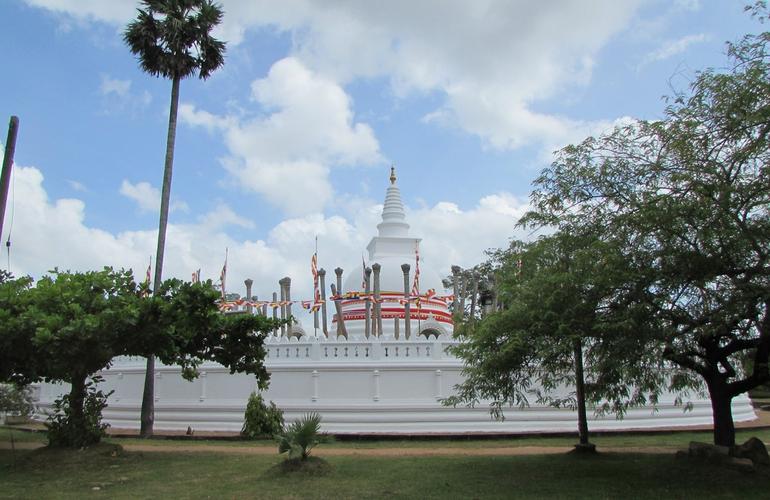 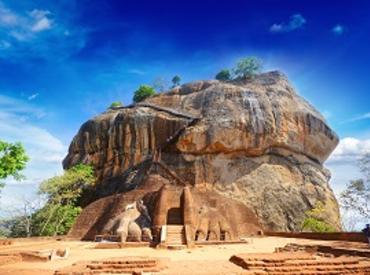 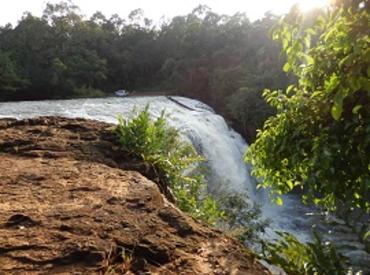 Land of Apsaras
Classic, Wildlife & Nature
Cambodia
Get to know the real Cambodia on this in-depth tour.
16 days from £3,295 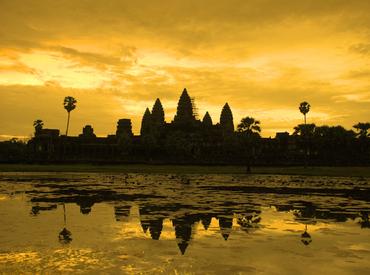 Thailand & Angkor
History
Multi-Country
Visit Bangkok, Kanchanaburi & Angkor's temples, then have some time on the beach.
17 days from £2,995 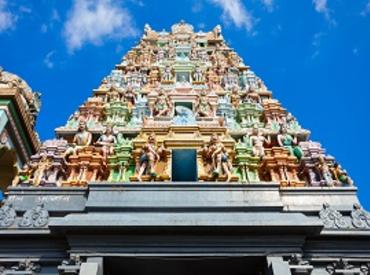 The Undiscovered North of Sri Lanka
Off the beaten track
Sri Lanka
Undiscovered islands, wildlife & culture in the north.
17 days from £3,395
View all Sri Lanka toursView all Multi-country tours
Back to Top