Back to Highlights of Northern India

Varanasi is India at full tilt, without question. Also known as Benares or Kashi, the City of Lights, Varanasi is reputed to be the world’s oldest continually-inhabited city, and has been a major centre of worship for over 2000 years. As Mark Twain wrote “Benares is older than history, older than tradition, older even than legends and looks twice as old as all of them put together”. Situated on the banks of the mighty Ganges, the city remains the spiritual capital of Hindu India: to expire in Varanasi – to be cremated on its Ghats, and have ones ashes scattered in the holiest of rivers – is to encounter ‘moksha’, liberation from the cycle of life and death. The Ghats are the central attraction here, a surreal mess of overhanging temples, ongoing cremations, and breath-taking aarti ceremonies. Leading back from the ghats is a warren-like jumble of alleys: equally intoxicating, but endlessly fascinating. The sights, sounds, and smells of Varanasi are certainly not for the faint-hearted, but it is hard to find a more vivid experience anywhere else in India, nor the world. Take a deep breath, and dive in.

Experiences to Inspire in Varanasi 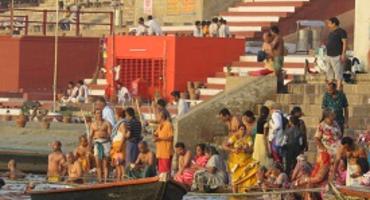 Dawn boat ride on the Ganges
Varanasi
Local Lifestyles, Once in a Lifetime 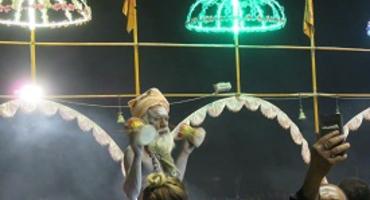 Our Hotels in Varanasi 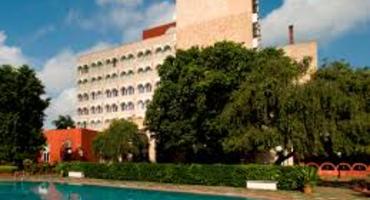 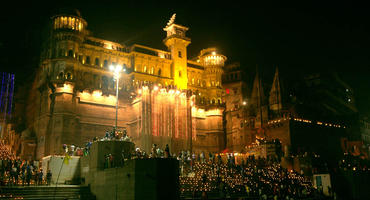 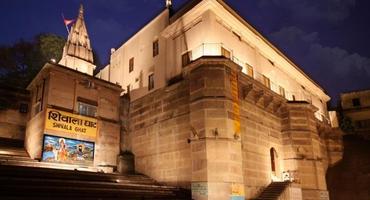 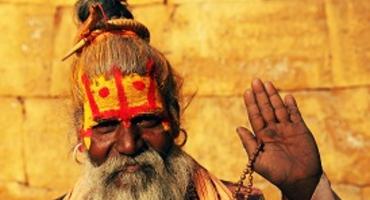 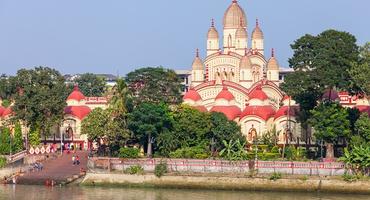 Cruising the Ganges
River Journeys
River cruise on the mighty Ganges, extending to Varanasi.
14 days from £4,235
Back to Top