Back to Highlights of Central India

Pench National Park derives its name from the Pench River that flows through the park from north to south dividing the park into almost equal western and eastern halves. It was declared a sanctuary in 1977 but raised to the status of national park in 1983. In 1992, it was established as a tiger reserve. The forest cover in the park area includes teak mixed with other magnificent species like saja, bijiayasal, lendia, haldu, dhaora, salai, aonla, amaltas. The ground is covered with maze of grasses, plants, bushes and saplings. Bamboo is also found at places. Scattered white kulu trees, also referred to as 'ghost tree', stand out conspicuously among the various hues of green. Another important tree for both wildlife and tribal people of this region is mahua. The flowers of this tree are eaten by mammals and birds, and also harvested by the tribal people as food and to brew beer. The Bengal tiger is the main cat species of the park and although present in good numbers (the 2011 Tiger Census said there are 25 tigers in the park) it is sighted infrequently. There are also 39 species of mammals, 13 species of reptiles and 3 species of amphibians. Commonly seen wildlife is chital, sambar, nilgai, wild pig and jackal. Also Indian leopard, sloth bear, wild dog, porcupine, monkey, jungle cat, fox, striped hyena, gaur, four-horned antelope and barking deer live in the park. The park is rich in bird life too. According to an estimate of the wildlife authorities, the park harbours more than 210 species including several migratory ones. Some of them are peafowl, junglefowl, crow pheasant, crimson-breasted barbet, red-vented bulbul, racket-tailed drongo, Indian roller, magpie robin, lesser whistling teal, pintail, shoveller, egret and herons, minivet, oriole, wagtail, munia, myna, waterfowl and blue kingfisher. 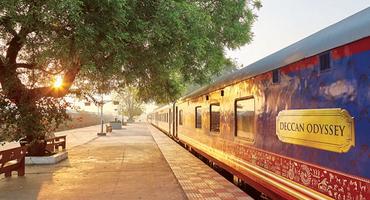 Our Hotels in Pench National Park 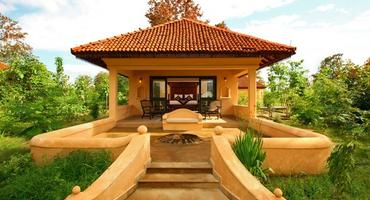