In Vietnam’s southern highlands the scenery is spectacular and the climate soothing. No wonder the colonial powers sought out Dalat as their summer retreat. Head towards the coast and the beach lover has a number of options: a busy resort in Nha Trang with some fantastic hotels, or the lesser known and quieter resorts of Phan Tiet and Phu Quoc – a tough choice! The tropical south also offers nightlife and an exciting buzz in Ho Chi Minh City, formerly known as Saigon, or for a more relaxing time journey deep into the Mekong Delta and witness a lifestyle and tradition that has changed little over the years. A wonderful part of this versatile country.

Back to All Regions of Vietnam 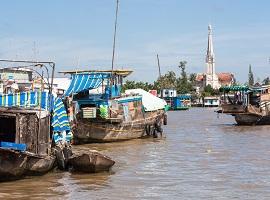 Cai Be
Located just two hours from Ho Chi Minh City, the small town of Cai Be is a starting point for a number of cruises in the wider Mekong Delta area. It is also home to the smaller Cai Be floating market. 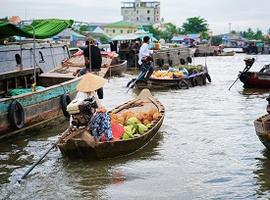 Can Tho
At the southernmost part of Vietnam lies a flat and lush area of land known as the Mekong Delta, with Can Tho as the largest city. The miles of inter-connecting canals and rivers here are known by locals simply as "the green lungs of the Mekong." 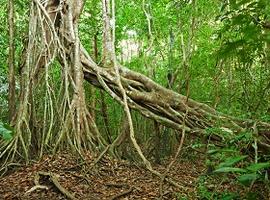 Cat Tien National Park
Cat Tien National Park is an important nature reserve in southern Vietnam. It is part of the wet tropical forest complex and one of the largest natural forests remaining in Vietnam with an estimated 230 species of birds and a variety of other wildlife. 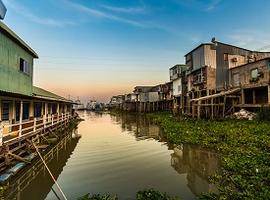 Chau Doc
Chau Doc is a busy town on the banks of the Hau Giang River close to the Vietnam-Cambodia border. There is a busy and colourful market, peaceful temples and many stilt house communities and fish farms. 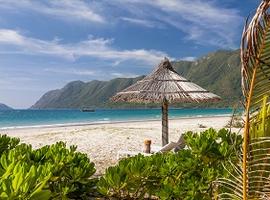 Con Dao Islands
The little known Con Dao Islands are situated off the southern coast of Vietnam, and have now been designated a national park. Some fantastic resorts and quiet beaches mean Con Dao is an increasingly popular destination for those seeking some ‘barefoot luxury’. 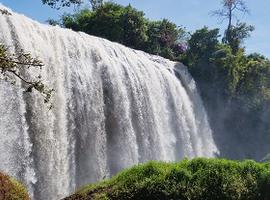 Dalat
Founded by the French and located at an altitude of 1,500m, Dalat was once called Le Petit Paris and was established as a retreat from Saigon during the hot season. The colonial architecture combined with the stunning natural backdrop of forests, waterfalls and lakes make Dalat one of Vietnam’s most beautiful towns. 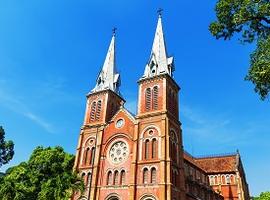 Ho Chi Minh City
Ho Chi Minh City, formerly known as Saigon, is a bustling, energetic city which is embracing the new lease of economic life that Vietnam is experiencing. With its tropical climate and constant buzz it may have more in common with Bangkok than the more sedate Hanoi, which is some 1,080 miles away. 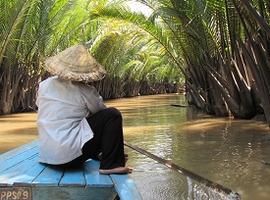 My Tho
Located around two hours from Ho Chi Minh City, My Tho is one of the main gateways to Vietnam's Mekong Delta. It is a popular spot for day trippers looking for a glimpse of riverside life, or as a stop on the road for those venturing further into the delta. 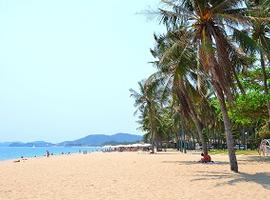 Nha Trang
The coastal city of Nha Trang boasts a four mile stretch of beach which is considered one of the jewels of Vietnam's long coastline. Nha Trang is blessed with deep, quiet and warm waters all the year round, and is an excellent place for snorkelling and scuba diving. 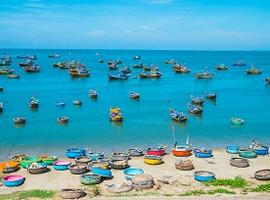 Phan Thiet & Mui Ne
Once a Cham stronghold, Phan Thiet has in recent years been a major fishing town. These days it is developing a reputation as one of Vietnam’s best beach resorts. There are a number of hotels and resorts all along Mui Ne Beach, with options to suit all budgets and tastes. 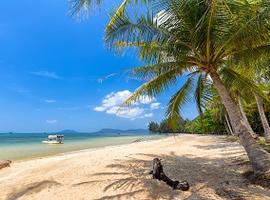 Phu Quoc Island
Sitting in the Gulf of Thailand, the island of Phu Quoc is about the same size as Singapore and is the largest of all the Vietnamese islands. The island offers visitors a mix of mountains, lush forest covered hills, waterfalls, bubbling streams and some of Vietnam’s best beaches.