Back to Highlights of East Coast

With a population of nearly 20,000 Mahebourg is the largest settlement on the east coast which dates from the early Dutch era. It is a breezy seaside town with a genteel ambiance, and relics from its colonial past, that make it well worth a visit on a day trip. An attractive waterfront promenade that has been repaved in recent years is the central point of the town, and some historic streets leading inland to explore. The island’s most interesting market is held in this district, which has a section of stalls selling locally made arts and crafts including baskets and wood carvings. This is the best place to try street food, especially the popular dhal puri (lentil pancakes) and samosas. Also in town is the National History Museum, which is considered one of the island’s finest and not to be missed. Exhibits include an intact skeleton of a dodo, treasure and munitions from shipwrecks and an informative collection of photography and artwork from the colonial era.

There are a string of beautiful beaches and resorts located just south of town at upmarket Point D’Esny, on the exclusive Île des Deux Cocos, and at Blue Bay which is more popular with locals. Just offshore is the Blue Bay Marine Park, a small reserve with the most intact coral gardens on the island, which can be explored on a snorkelling trip or by glass bottom boat.

The uninhabited Île aux Aigrettes lies just offshore from Mahebourg, which is one of the prime ecotourism destinations on the island. Since the 1980s the Mauritian Wildlife Foundation has been working to recreate the habitat of native plant and animal species that explorers encountered on the mainland when they first arrived in the 16th century.  The foundation conducts guided walking tours of the island where you can spot 400 year old ebony trees, pink pigeons and Aldabra tortoises. Proceeds from these tours contribute towards the conservation efforts that protect the region’s most endangered species.

More of Mauritius’s best wildlife can be found in the Mahebourg area, at the Vallée de Ferney which is located in the Bambou Mountains just 5km north of town. This nature reserve protects a pocket of indigenous forest and is one of the most important habitats for the endangered Mauritius kestrel and other endemic bird species. Guided nature walks and more specialist birding tours can be arranged to explore the park’s biodiversity.

Experiences to Inspire in Mahebourg area 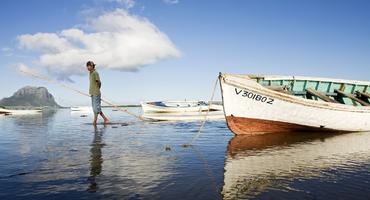 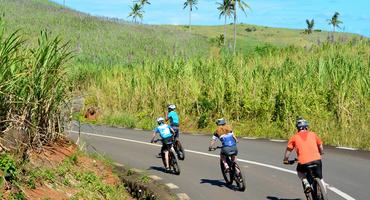 Our Hotels in Mahebourg area 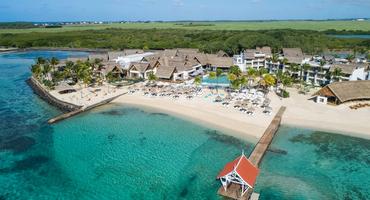