The more rugged east coast of Mauritius is more local and less developed, and home to some of the island’s most vibrant markets and picturesque offshore islands. Chose the east to explore the ancient port of Mahebourg, learn about native flora and fauna at the ecotourism project on Île aux Aigrettes and soak up idyllic Indian Ocean vistas on Île aux Cerfs. From the laid-back resort of Grand Gaube in the north to the stunning lagoon of the Blue Bay Marine Park in the south, there are also plenty of pristine white sand beaches dotted with resorts catering for all styles and budgets.

Back to All Regions of Mauritius 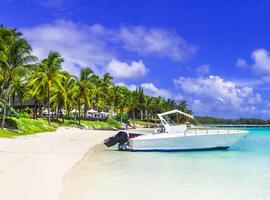 Belle Mare area
Considered to be the most idyllic beaches on the east coast, Belle Mare and Palmar are linked by a 10km stretch of white sand located north of Mahebourg and neighbouring resort of Trou d’Eau Douce. 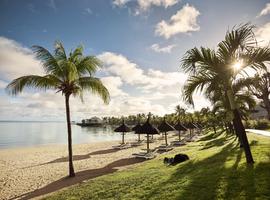 Grand Gaube
Located on the north east tip of the island, Grand Gaube is a traditional fishing village with a handful of decent sandy beaches on an otherwise rocky stretch of coastline. Despite being just 10km from the energetic resorts around Grand Baie, the paucity of beach has protected the area from mass development. 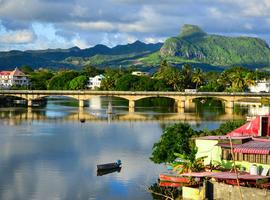 Mahebourg area
With a population of nearly 20,000 Mahebourg is the largest settlement on the east coast which dates from the early Dutch era. It is a breezy seaside town with a genteel ambiance, and relics from its colonial past, that make it well worth a visit on a day trip. 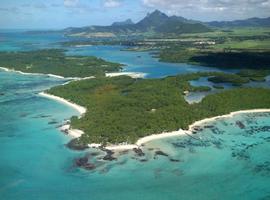 Trou d'Eau Douce
The largest resort town on the east coast, Trou d'Eau Douce gained its name from early Dutch settlers after the discovery of a freshwater spring here. Protected by a natural harbour, the town centre retains the atmosphere of a traditional fishing village.