Back to Highlights of Western India

The Velavadar National Park is just a short drive from Bhavnagar and encompasses a large area of grassland wedged between two rivers. This grassland is an important ecosystem for a variety of wildlife but especially the blackbuck (Indian antelope) and the park hosts the highest concentration of blackbuck in the world. Other notable residents you may sight on a safari include fox, jackal, jungle cat, wild pig, hare, extensive birdlife, or if you are very lucky some of its small population of wolves.

One of the best times to visit on a safari is the rutting period when one can witness mating contests between rival males, which normally falls in early March.

Our Hotels in Velavadar National Park 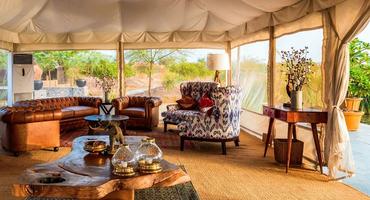