Back to Highlights of Central Vietnam

Danang sits plumb in the middle of Vietnam and marks the northernmost point of the country’s tropical zone. The city is famous for being the former capital of the Kingdom of Champa (2nd – 15th centuries) and is notable for the Cham Museum, which features a large collection of Cham artefacts from different eras. After the Cham influence the city became a major port during French rule and later was an important base for the Americans during the Vietnam War.

Some 12 kilometres west of Danang lie the so-called Marble Mountains which consists of five limestone peaks. These peaks, which were once holy to the Chams, were held by the Vietcong for most of the Vietnam War and today offer a wonderful view of the city of Danang.

The coastline at Danang running north and south is known as China Beach. It stretches all the way to Hoi An and is probably best known as the R&R spot for American GIs during the Vietnam War. These days this beautiful stretch of white sandy beach still offers wonderful opportunities for rest and relaxation but without the prospect of going back to the front afterwards!

Our Hotels in Danang & China Beach 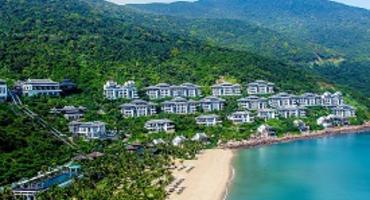 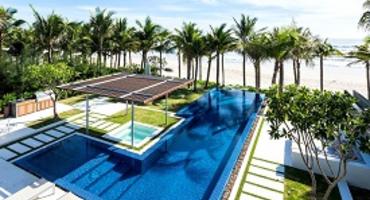