Highlights of The Islands

Papua New Guinea offers some of the most unspoilt coastline in the whole of Asia. The lack of development on its tranquil and rustic islands means that beach-combers, snorkellers and divers alike are all very well catered for. Places like New Ireland are particularly well known as relaxing spots with great diving and birdlife. However islands like New Britain also offer fascinating WW2 history, and an active volcano, to see when you’re not enjoying the coastal scenery. New Britain also has an intriguing cultural side to its being with mask festivals, and fire dances, just part of the indigenous way of life. However for a truly exotic island experience a visit to the Trobriand Islands is a must. Here the normal rules do not apply and you can engage with a genuinely different way of thinking when you meet the locals. 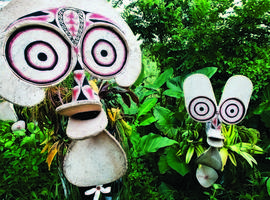 East New Britain
New Britain is loosely split into two halves and the eastern part of the island is where most visitors end up due to the exciting landscapes and cultural interest. The major town in East New Britain, Rabaul has a scenic and strategic location as well as a colourful and explosive past. 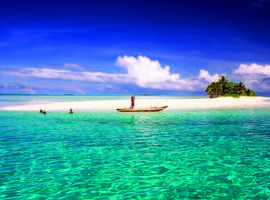 New Ireland
New Ireland is long thin island close to New Britain in the heart of the Bismarck Sea. Its sleepy capital, Kavieng is the largest town on the island with a population of around 18,000 and scenically positioned on the northern tip of the island overlooking Balgai Bay. 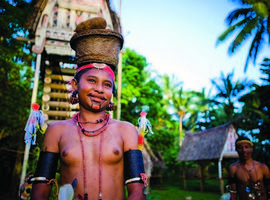 Trobriand Islands
The Trobriand Islands are exotic even by Papua New Guinea standards. These low lying coral islands were made famous by the anthropologist Bronsilaw Malinowski who spent three years (1914-17) detailing the lives of the fiercely independent locals and their now legendary liberal attitudes. 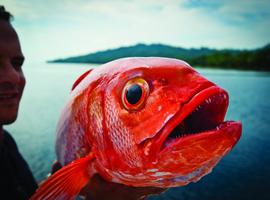 West New Britain
Most visitors to West New Britain are keen divers or those who enjoy learning more about Papua New Guinea’s involvement in the Second World War – as this half of New Britain is famous for both.