Heading southeast along the coast from Muscat, you will find a cluster of interesting wadis, the dhow-building town of Sur and the Ras Al Jinz Turtle Watching Reserve. Then, veering south you will find yourself in one of the most perfect desertscapes anywhere in the world, the Wahiba Sands. Watch the sunsetting over the dunes, ride camels and camp out in the desert, this is Arabia at its romantic best.

Back to All Regions of Oman 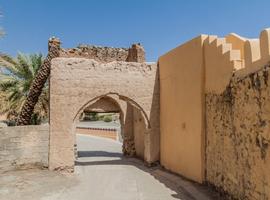 Ibra
Ibra lies due north of the Wahiba Sands and serves as the main town for the region. It was of historical importance as a stop on the trade route between Muscat and central Africa which brought significant wealth to the region. 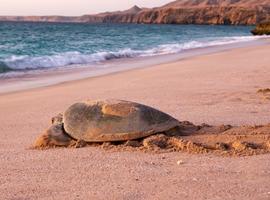 Ras Al Jinz
Around 250km east along the coast from Muscat, you will find the Ras Al Jinz, the Eastern most point of the Arabian Peninsula and Oman’s most important turtle-nesting beach. Ras Al Jinz encompasses an 80km long stretch of the coast which has been made into a nature reserve for the protection of Green Sea Turtles. 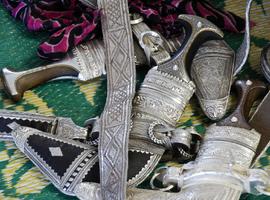 Sinaw
Sinaw is a remote desert town on the far northwest edge of the Wahiba Sands desert. Its population is almost entirely Bedouin and swells significantly during the summer months when the desert families head into town to escape the brutal heat. 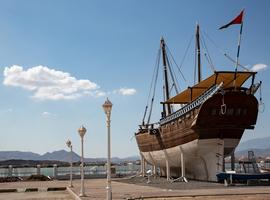 Sur
Sur is an appealing town on the coast 200km east of Muscat. It is a famous place for building traditional wooden boats, known as Dhows. 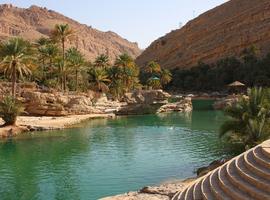 Wadi Bani Khalid
One of the largest, greenest and dramatic wadis in Oman, it is not difficult to see why Wadi Bani Khalid has become a popular stop for visitors to the Eastern Hajar Mountains and Wahiba Sands region. 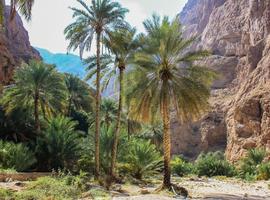 Wadis Arbaeen, Shab & Tiwi
As you drive along the coast from Muscat, you will pass by some of Oman’s most impressive wadis. Veering away from the coast slightly, firstly, you hit the often-deserted Wadi Arbaeen, where it is hard to resist a swim in the untouched pools. 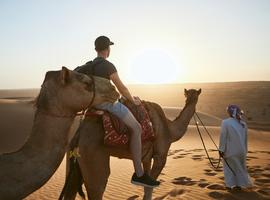 Wahiba Sands
Wahiba Sands (also known as Sharqiya Sands) is a region of desert in the far east of Oman. Famed for its beautiful, endless sandy dunes, Wahiba perfectly fits the romantic picture that most of us have in our minds when thinking about a desert.