Dutch explorers gave the area the name Fried Landt Flaak, meaning free and flat land, when they discovered this idyllic 8km stretch of white sand beach in the 18th century. This beach resort’s name is derived from the original Dutch term, which has been distilled over the years to the more romantic-sounding Flic en Flac. The area gained popularity in the 1970s as a surf spot, but it was not until the 1980s that the Mauritian government looked to promote tourism on a global scale and development was encouraged.

Today Flic end Flac is the south west’s most popular beaches, with a plethora of hotels and resort catering to all tastes and budgets, and the second most developed area on the island after Grand Baie. Despite its popularity the length of beach, and more spread-out nature of the hotels, make Flic en Flac a quieter and more family-friendly option to Grand Baie. Nightlight is also more subdued, but there is a great selection of restaurants and low-key bars dotted around the resort. The white sand beach is fringed by Casuarina trees, providing shade during the day, and the offshore reef creates a safe swimming area in the calm waters of the lagoon. There are several activities on offer in the area including some easy diving, a wide range of watersports, and the Casela World of Adventures zoo and theme park which is a big hit with families.

Our Hotels in Flic en Flac 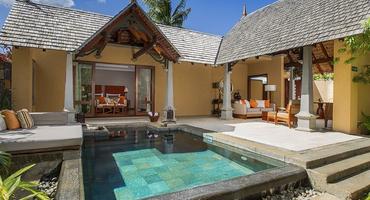 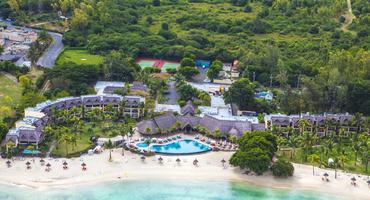