Back to Highlights of Inland

The Black River Gorges National Park was first designated as a protected landscape in 1994 after botanists discovered a significant variety of flowering plants in the area, and now covers 3% of the island’s land mass. The park protects over 6000 hectares of cloud forest, mountain gorges and heathland that are an important habitat to rare plants and endangered wildlife, including nine endemic bird species. The most sought after by bird watchers are the echo parakeet, Mauritius cuckoo-shrikes, Mauritius kestrel and the pink pigeon. The landscape is covered with both non-native and native flora and is one of the best places on the island to see ancient ebony groves and the rare dodo tree. Travelling by car, the highlight of a visit is to the Black River Gorges lookout for sweeping views over lush valleys that descend to the dazzling coastline. The best way to explore the Black River Gorges National Park is on a guided hike to explore the 170km network of walking trails that criss-cross the reserve. Expect to come across plenty of macaques, and wild boar if you are lucky. There are dozens of possible routes to take, so the length and intensity of the hike can be tailored to your fitness levels.

A short distance north of the national park is the Tamarind Falls, a series of cascades slicing through a forested outcrop in stunning natural scenery. Accessing the falls requires a challenging 3-hour hike that follows the course of the water down several drops. The terrain is challenging in places which includes ascending steep muddy paths covered with tree roots and traversing large boulders. There are several inviting pools with crystal clear water offering great opportunities to cool off mid-hike. This hike requires a decent level of fitness and agility, but the effort is rewarded by experiencing Mauritius in its most natural state. 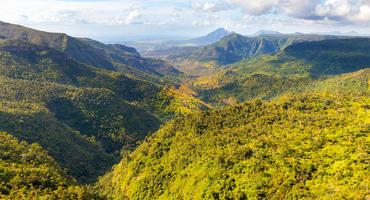 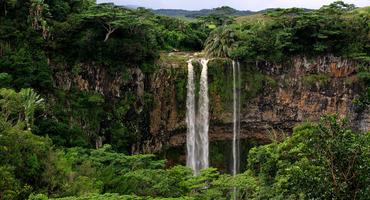